Moonlight on a Rainy Night

A long time member and friend recently wrote that he appreciated that in most editions of the Island Country Club newsletter a word is used that he must look up in a dictionary. Earlier this week, on that first in weeks rainy night, I thought of his note as I was listening to Beethoven’s 14th piano sonata. It is known as “Moonlight,” a name given to it after Beethoven’s death. The highly introspective first movement of the sonata, an adagio, is considered by most serious critics to be one of Beethoven’s greatest works (see Editor’s Note). Its tempo is – here it comes – sostenuto. A pianist understands the instruction to play sostenuto to be not just slow, but slower than slow. As one critic wrote, “the C Sharp Minor key signature is challenging, and there are many accidentals (additional sharps or flats) scattered throughout the movement. However, the adagio sostenuto tempo is slow enough to allow thinking time to get around these scattered tones without much stress.”

Last week at the Old Club seemed sostenuto and full of “accidentals,” and without stress. But, just like the first movement of the Moonlight, this does not mean it wasn’t important. A Club Champion won her title in a dominant manner, the Annual Meeting set an ambitious direction for our coming Centennial, we had our annual visit from the Intrepid Company of Vinalhaven golfers, a vital new piece of equipment for our grounds crew was found and ordered, we have a new source of lunchtime sandwiches and salads beginning this week, the A Taste of Maine dinner sold out and Patty learned just how appreciated her hard work, discipline and smile are appreciated by members and visitors alike.

And with all those scattered notes, herewith the news:

News of the Clubhouse:

The members attending the Annual Meeting unanimously ratified the Nominating Committee’s proposed Officers and Directors, after presentations that the Club is having a very good season in terms of memberships and visitors; our course and courts are doing well in a drought-ridden summer; Clubhouse operations are running smoothly even with Annie’s medical situation requiring remote direction; the Social program continues to bring value and new friendships for members; and the Club’s financial performance is very positive and it is likely the operating reserve will receive a good infusion at year-end.

Newly elected Co-President Ryan Hayward spoke about an aggressive program he will lead to further improve the course and grounds before next season, removing or trimming back some trees and brush to provide more playable areas along the woods and groves, and working with Keith and the Grounds Committee to implement the recommendations we are receiving from the USGA’s agronomy specialist. Your editor and Co-President focused on the need to attract more young people to the Club by developing and implementing engaging major projects leading to the Club’s Centennial in 2028, including heading towards year-around operations. Lee Levant has been selected as Director of a new Long Range Planning Committee that will guide the development of these projects. The Club is hoping to be able to hold some activities on the property this winter.

A Taste of Maine Dinner on Tuesday, August 23 is fully signed up. This is the last in a series of three dinners co-sponsored by the Club and Fin & Fern, Stonington’s highly reviewed restaurant. The weather forecast suggests a strong possibility of rain (you can place a bet with your editor), so the setup will be in the Clubhouse, but if it clears, patio seating will also be available.

There’s A Treat will become the Club’s lunch provider beginning Wednesday. Chef and Owner Theresa has promised outstanding sandwiches, wraps and salads, which the Pro Shop will offer at very nice package prices, especially when ordered with a beverage. Thanks to Ryan and Willow for getting this new relationship done in record time. 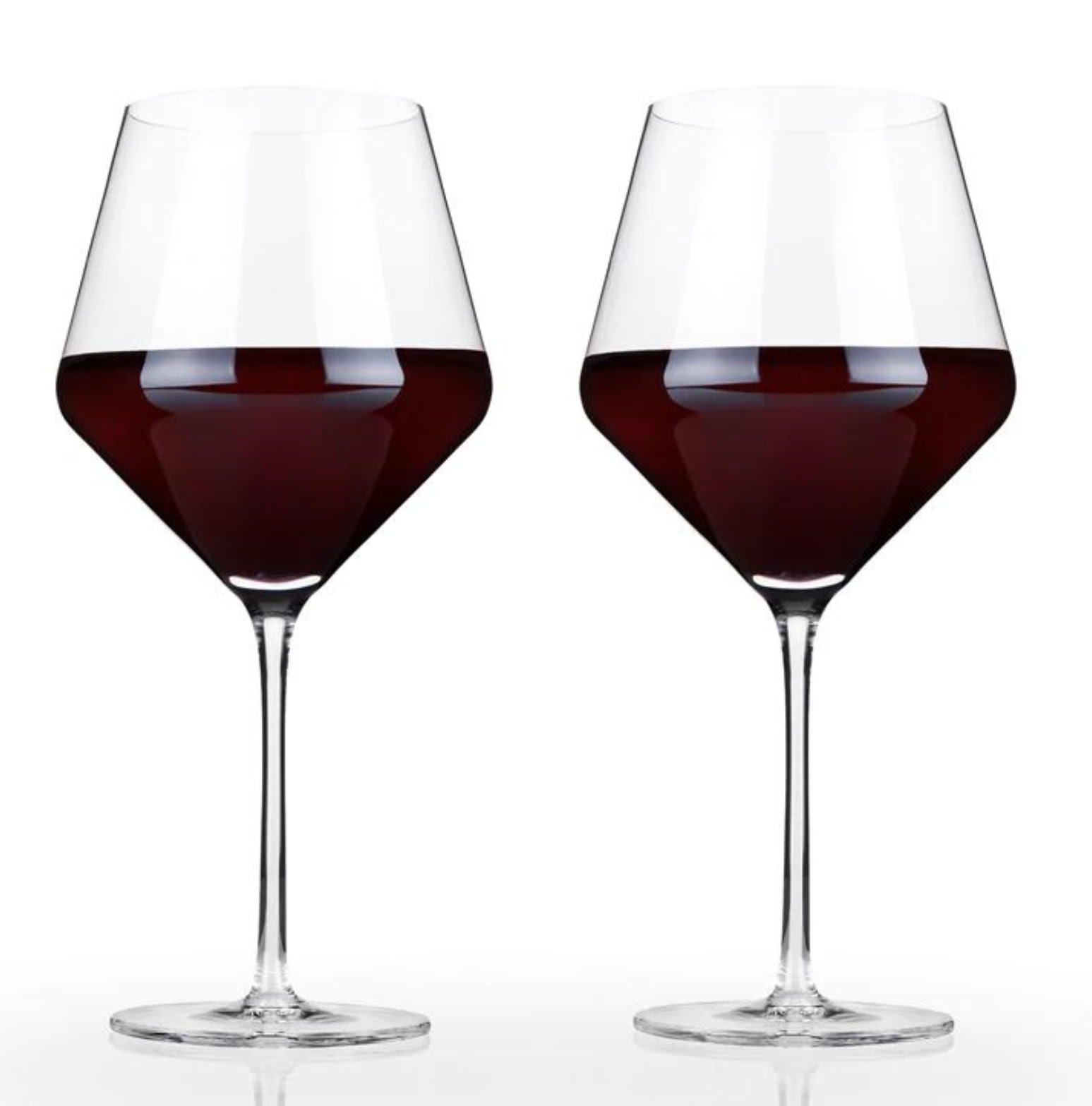 Wednesday, August 31 from 5:00-7:00: End of The Season Picnic and Staff Appreciation Social. To assure ample food for this special event please RSVP to attend. Thirty-six people have already signed up as of last week!! The signup sheet will be available again this Wednesday. Picnic menu: hamburgers, hot dogs, potato chips, watermelon and an assortment of cookies. Cash donations are being accepted towards the food and door prizes. Thank you for contributing.

The annual Thanksgiving Dinner will be held on Wednesday, September 7th. The signup board will be on site at Wine Wednesday this week as well. Please sign up if you wish to participate by contributing a “family favorite recipe.” Sixty members/guests attended the Thanksgiving Dinner last year. Please join us.

The Island Country Club’s 2022 Members Directory is available on the Pro Shop counter. It’s the best and easiest way to stay in touch with members throughout the year. One copy per family, please. And thanks again to Willow for a great job putting it together in time for the Annual Meeting.

Congratulations to Club Champion Anne Douglass, who won the two day Ladies Golf competition with a dominating final round in the mid 30’s (our Ladies being too discrete to disclose such matters with specificity). Eliza Childs finished second. In the Net Division, Pam Fowler was the winner followed by Ellen Foote. Well played.

Two gaggles graced the Island Country Club course last week, beginning on Monday evening during Twilight League when 36 geese were counted striding up the 5th fairway, most likely hoping the sprinklers would turn on getting them some water.

And on Sunday, 22 intrepid golfers from Vinalhaven made their annual cruise across the Bay to the Old Club for 18 holes of golf, pizza and beer (many thanks to Patty and Willow) and great fun. It is always a pleasure to welcome them here.

The Island Country Club Cup Tournament is Sunday, August 28. While only a handful of players in the Men’s Division have an opportunity to win the season long prize, Tournament Directors Ryan Hayward and Ken Wiberg want to emphasize that there are also Gross and Net prizes for winning the Tournament itself, whether or not the winners also win the Cup. Sign up on the Men’s Golf Bulletin Board. $25.00 entry fee.

Twilight League results for August 15 are reported by the aforementioned Ken Wiberg:

Scrambles was played on Friday, August 19 and is reported by Commissioner Mimi Gerstell: Four teams competed in Scrambles on August 19th. Two of those teams finished at even par. Low-gross winners on a "card" playoff were Jack Shaw, Dave Goddard, Arthur Poitras, and Mimi Gerstell. The other team in the tie finished with 11 putts and received the low-putts award; they were Dave Greiwe, Bill Jenkins, Dick Newman, and Carol Shaw. Several people signed up as pairs, and we can honor some of those requests, but a problem arises if two low-handicap players ask to be on the same team, if not enough other low-handicappers have signed up for the competition. Happy Birthday was wished to Ed Black and Mikey Bannister, who asked to play together in honor of their August 20th birthday. Scrambles will be played on Friday, August 26 at 9:00AM. Sign up in the Pro Shop or call 348 2379 by 4:00PM Thursday.

I know they played. I was in the Pro Shop as the Billings golfers arrived. I watched the bottles and cans of “swing lubricant” go out the door. And I know how busy Ryan is. We’ll do a double report next week.

Tennis Director Linda Allen rallied to provide her weekly report: Not much to say about tennis this week. The Lucky Draw Tennis Tournament was cancelled due to a lack of participants. As a result, there will be no tournaments held this season.

Open Tennis continues to be played on Wednesday mornings and Sunday afternoons, weather permitting, until the courts are closed for the season in October. Be sure to get out and enjoy these late summer and early fall days on the courts!

A Grand Slam of a report from Bridge Co-Director Pat Roth: Last Monday (August 15) was a great success with 3 tables full of eager players. The women ruled the night and were the top three winners. Nancy Greene won 1st place, followed by Mimi Gerstell, and third place went to Carol Shaw. We were happy to have Carol back among our players. Veggies and dip were added by Mimi to the brownies, and only a single brownie remained for Pat’s visiting grandson. Bridge will be dealt again tonight at 7:00PM in the Clubhouse. Please arrive by 6:45 to assist in organizing the play. No word yet on whose brownies will be served.

Editor’s Note: Beethoven reportedly said in response to praise of the Sonata #14 (Moonlight), "Surely I've written better things." Same could be said for this edition of the newsletter.

Oops, you forgot something.

The words you entered did not match the given text. Please try again.